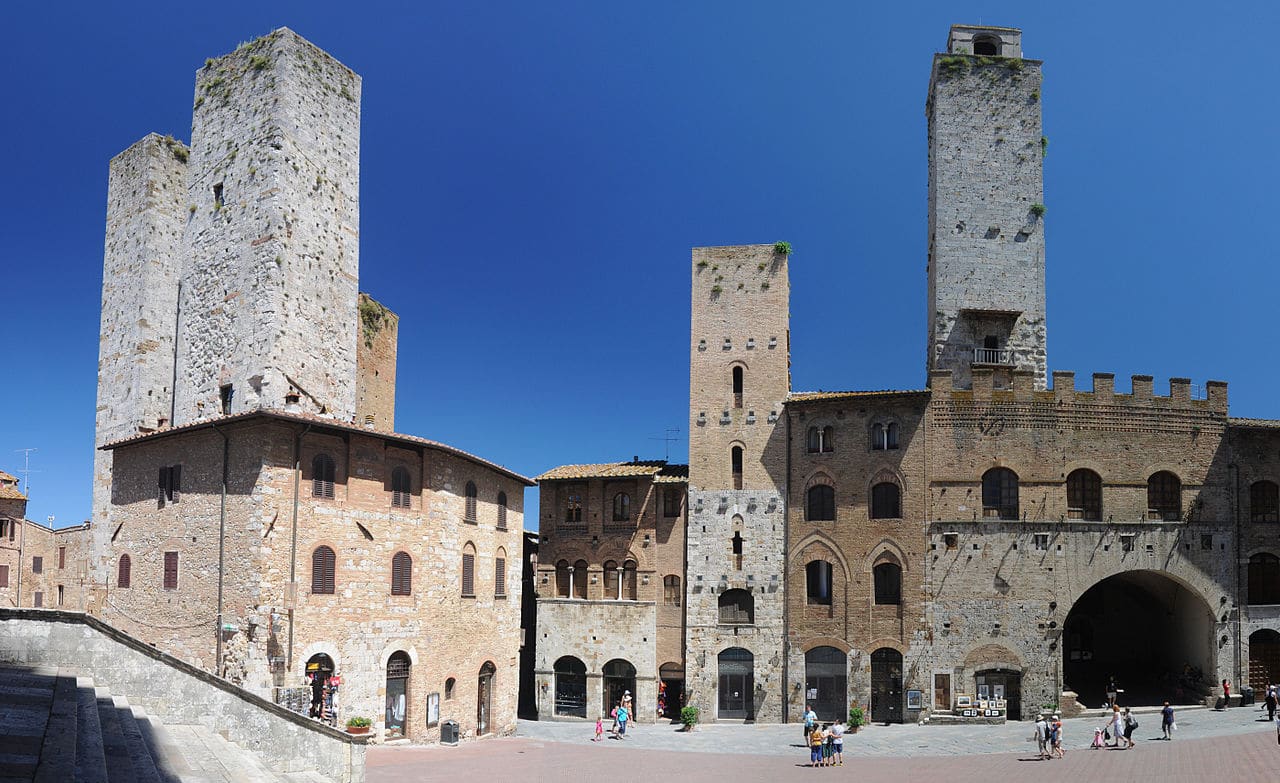 A forest of towers on the horizon

For the characteristic medieval architecture of its historic centre, San Gimignano was declared a UNESCO World Heritage Site in 1990. The site of San Gimignano, also known as the Manhattan of the Middle Ages, is largely intact in its 13th and 14th century appearance and is one of the best examples in Europe of urban organisation from the communal era. In the most prosperous period, the rich families of San Gimignano came to build as many as 72 towers as a symbol of their wealth and power. Of these, 14 remain today, adding to the charm of the town’s atmosphere.

Cathedral of San Gimignano: the simplicity of its Romanesque façade encloses the wonders and masterpieces inside. These include works by Benozzo Gozzoli, Taddeo di Bartolo and the pupils of Simone Martini.

Piazza del Duomo: if the Duomo is the religious symbol of San Gimignano, the Palazzo del Popolo is its civic counterpart. Together, just a few metres from each other, they form the extraordinary architectural ensemble of Piazza del Duomo. The Palazzo Comunale is located on the left-hand side of the square, between the Torre Grossa and the Loggia del Comune. The palace today hosts the Civic Museum of San Gimignano, which already announces its beauty from the entrance courtyard.

Piazza della Cisterna: this square, with its extraordinary setting, is an almost obligatory point of passage for any visit to San Gimignano. It is located at the top of the hill on which the Tuscan town is built, so it is a good place to relax. Harmonious and collected, it is certainly the most beautiful piazza in San Gimignano and one of the most beautiful all over Tuscany. This is where the small shops and market and jousting took place.

The Torture Museum: In reality, there are two small museums: the first, as soon as you enter the village, displays on three floors a complete itinerary on torture methods from all over the world, with original instruments and tools, photos and detailed explanations. The other museum is located a little higher up and has the death penalty as its theme.

Church of Sant’Agostino: a small treasure trove of works of art that is well worth a visit to discover the many jewels it contains.

Rocca di Montestaffoli: built to defend San Gimignano from attacks by Siena after its submission to Florence. Not much remains of the ancient fortress, but it is worth climbing into this green space to admire an extraordinary view of San Gimignano and the Val d’Elsa. The only remaining tower of a complex defence system is a privileged vantage point from which to enjoy the view. Today, the fortress of Montestaffoli is the site of cultural events and festivals, in particular the Giostra dei Bastoni, held in June. 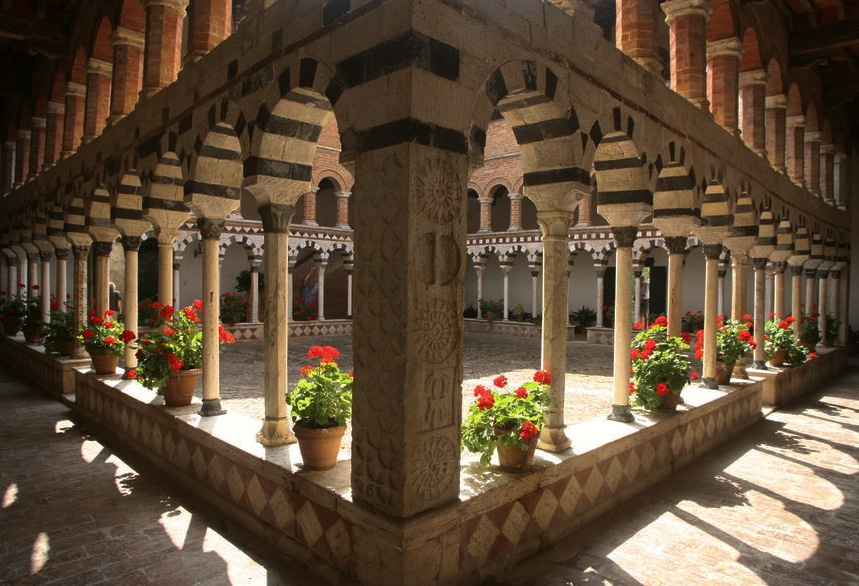 Torri A village with a medieval appearance  Entering the ancient village of Torri, one is surprised by the medieval atmosphere that reigns there and by the suggestive corners of the small squares and courtyards. The village is a hamlet of the municipality of... 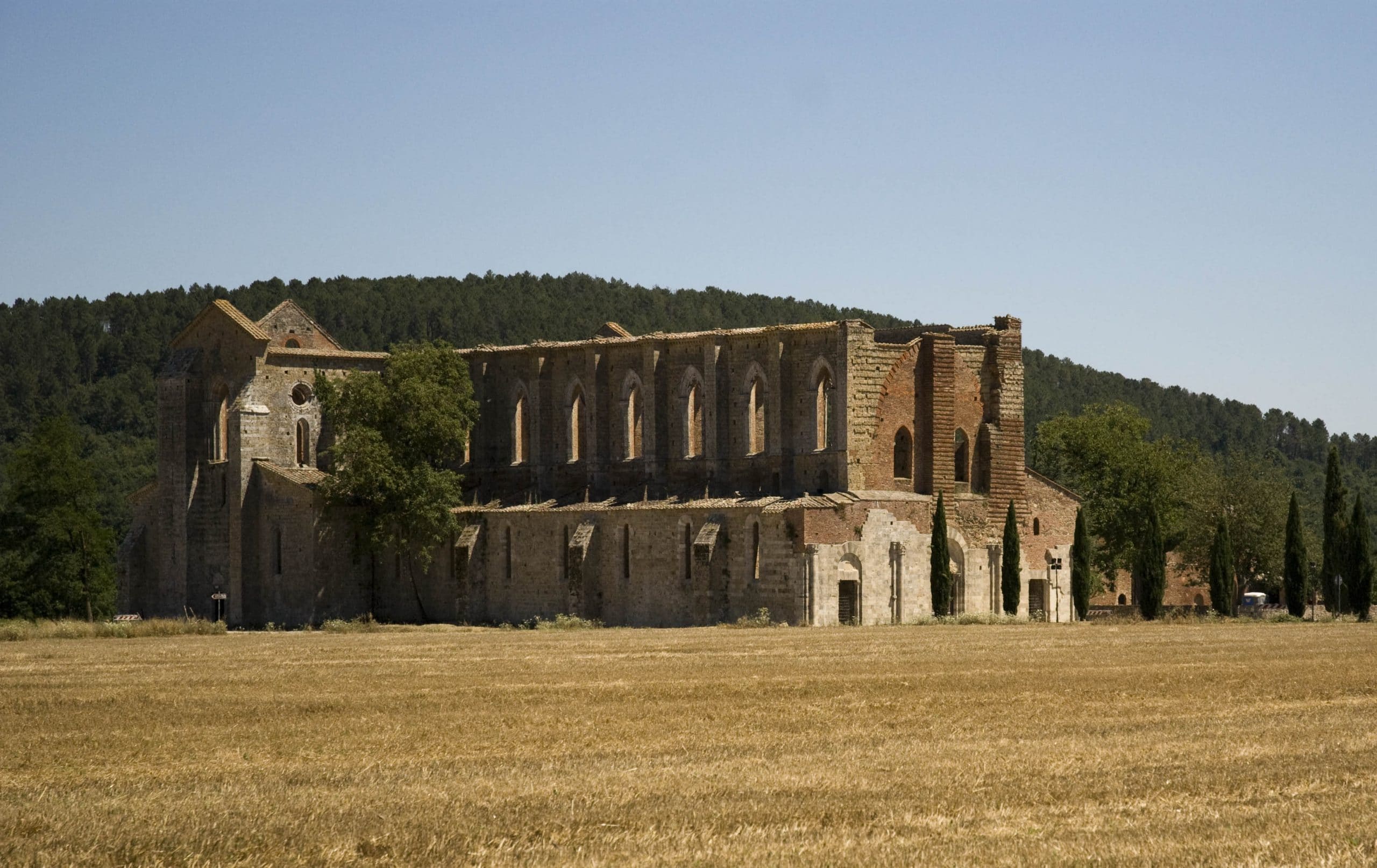 San Galgano Abbey The remains of one of Tuscany's most important monasteries.  The site includes two different attractions: the large Abbey with a huge roofless church and the hermitage of Monte Siepi where, according to legend, St Galgano retired as a hermit. At... 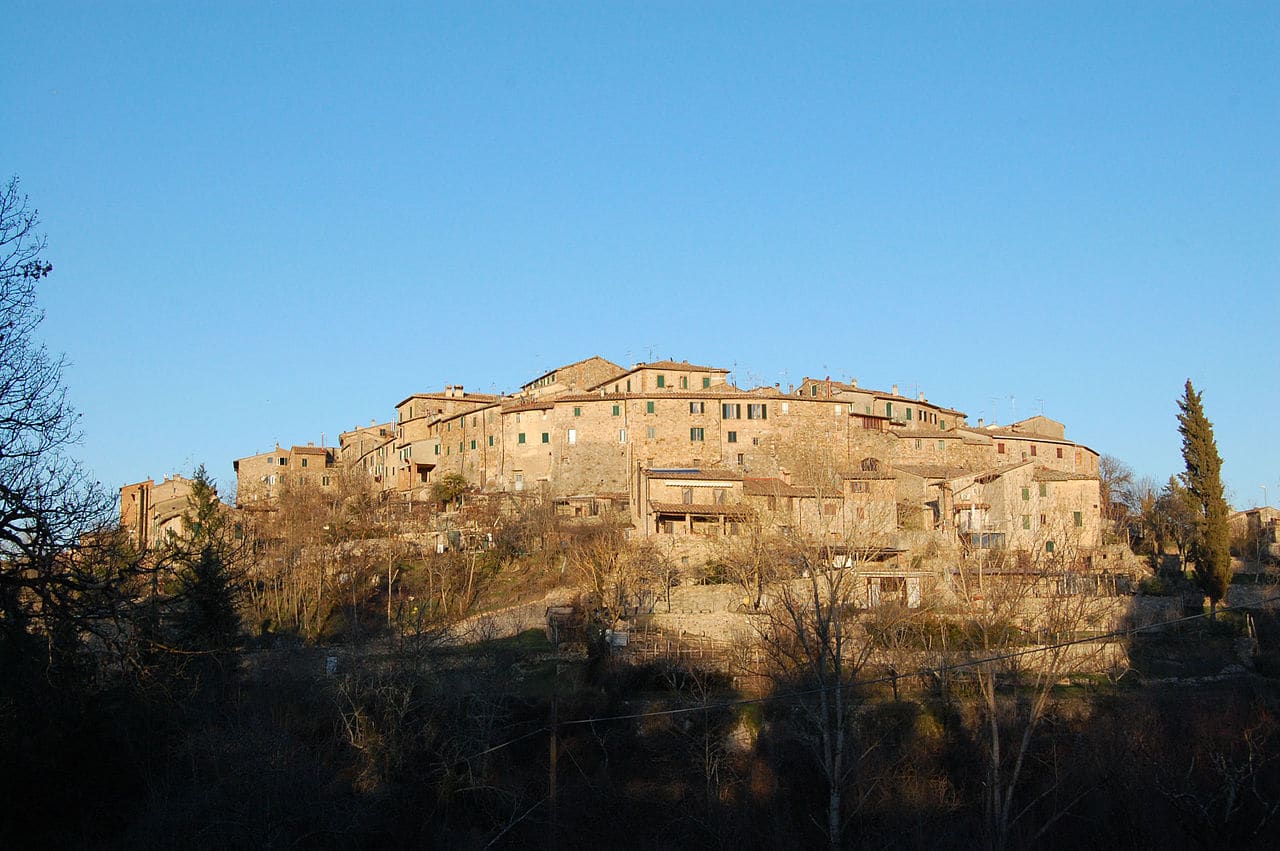 Monticiano A medieval village with two rivers and two natural reservesAmong the beautiful hills of Terre di Siena is Monticiano with all its authenticity. Its territory is crossed by the Merse and Farma rivers which give life to two magnificent natural reserves,...