Living in a large farmhouse, with a wonderful location, has given us the idea and the desire to share it.

So we decided to turn a part of the house into a Bed & Breakfast.

Our adventure began in January 1996 with the creation of the first three rooms.

It wasn’t easy…on paper everything seemed simple, but in the course of the work, the first difficulties were not long in coming. With our determination, however, we carried out what had just begun…and by the end of July of the same year all the work was completed.

Only the various authorizations of the Comune, the ASL and the Belle Arti were missing. This unfortunately led to major delays: the rooms were ready, but no one could authorize them because of the holidays in August.

We went to the Comune where we asked for support in order to work (mainly to be able to pay the companies that had done the work). At that point the Comune, through the Tourist Office, decided to send the first guests and so everything began to materialize.

At first, breakfast was not offered but, given the great demand of guests, we began to serve the first homemade cakes, highly appreciated.

In October we finally got all the authorizations!

Since 1997 there have been many guests, so much so that we decided to expand our accommodation and, in June 1998, was born the first small apartment…it was just a success! After a few months we created the breakfast room. Things went very well and, as there were never enough beds, in 2000 we made another bigger apartment.

The guests’ requests also included dinner and so, with the help of all our family, we began to prepare and serve to the guests of the Bed and Breakfast, typical dishes of Tuscan cuisine. This service was very appreciated, so much that customers multiplied through word of mouth. After a few years another apartment was built and even a small restaurant becomes part of Villa di Sotto.

In 2008 a new experience began for us: we also took over the management of the apartments of Borgo Villa a Sesta and the two outdoor swimming pools. And, between 2016 and 2017, we turned the small restaurant into a real restaurant also open to external customers.

This change has allowed us to have a B&B with all the requirements for the celebration of weddings, communions, anniversaries and other types of events.
In 2017, we made our Enoteca in the vineyard. 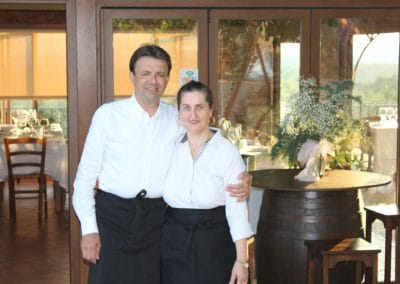 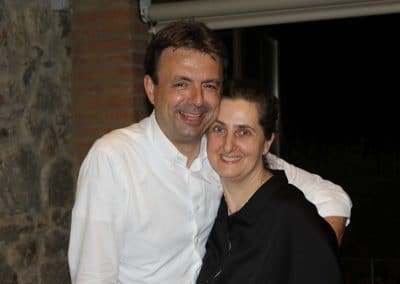 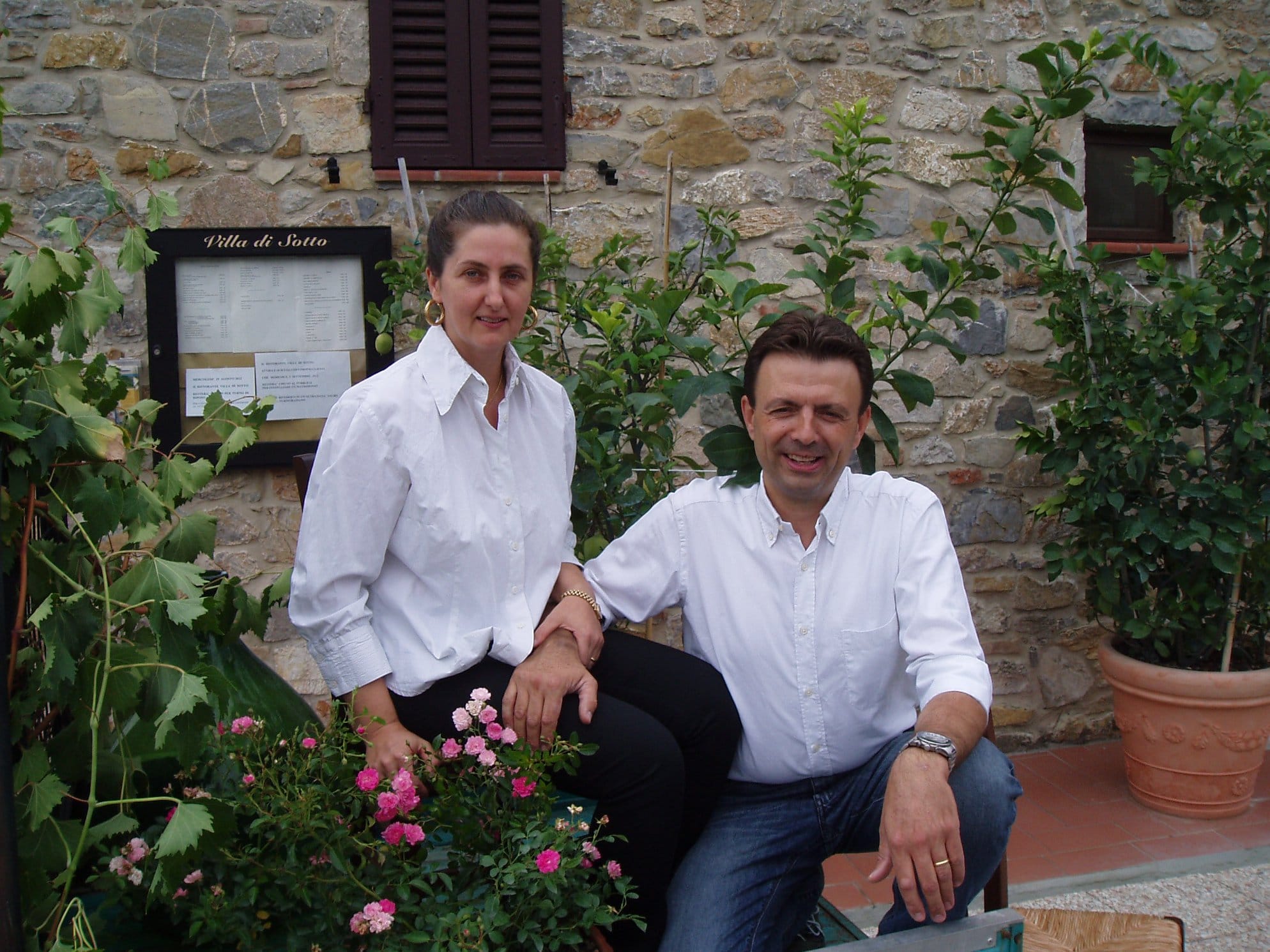 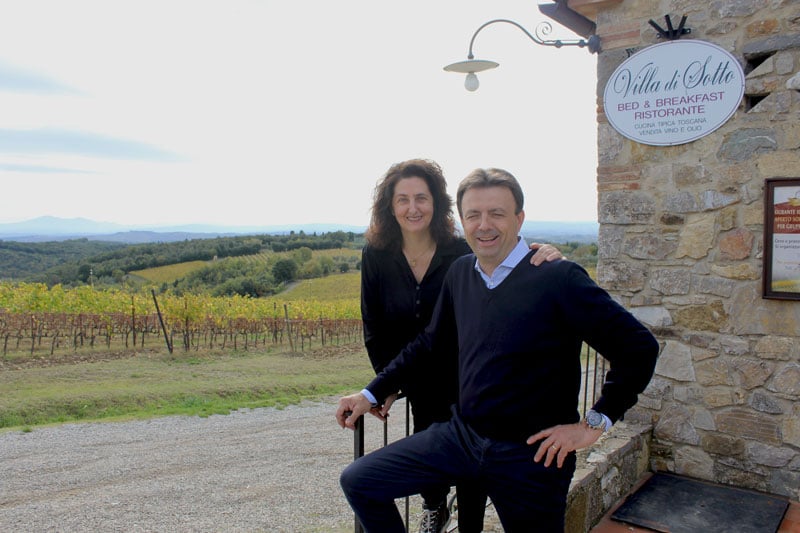