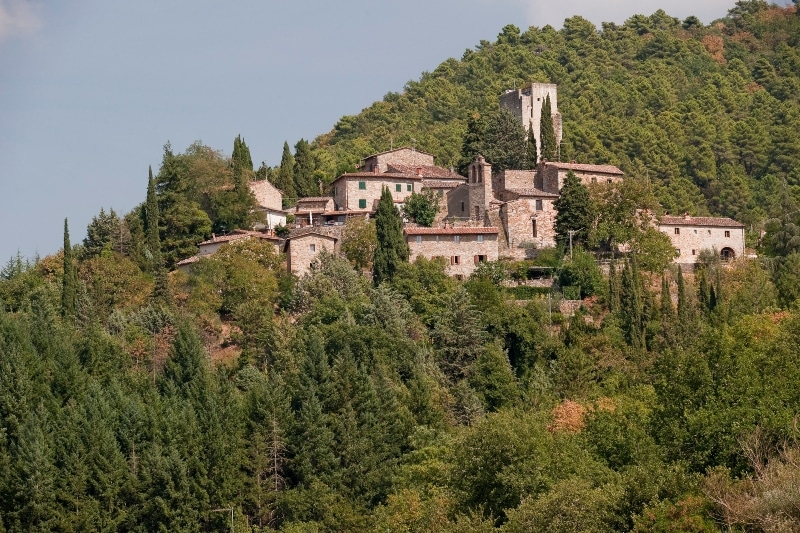 More than an ancient Florentine defense

The Castle of Barbischio dominates the village of Gaiole In Chianti.

In 1200, together with the nearby Montegrossi, Vertine and Meleto, Barbischio was part of the Florentine defences of this area of Chianti, bordering the Sienese domains, with the main function of lookout thanks to its high tower.

Later, like many castles in the area, Barbischio also became a possession of the powerful Ricasoli family.

At the foot of the castle is the Molino di Barbischio, a complex with medieval features from which a tower emerges and other notable architectural elements can also be seen, such as an arched portal and corbels of protruding apparatus.

In the village there is also the parish church dedicated to San Jacopo.

Around Barbischio, the ancient roads that lead from one part of the municipality to the other wind their way: paths immersed in the woods, kingdom of fallow deer, wild boar and Cinta Senese pig farms. A road leads to Montegrossi, a small village surmounted by the ruined tower of the year one thousand, while from the opposite side, you can reach both Valdarno and Monte Luco.

The page you requested could not be found. Try refining your search, or use the navigation above to locate the post.